Ryo Fujimura entered the music scene through “AciD FLavoR”, a band he started himself in 1999. In 2006 he debuted as the 7-strings guitarist and leader of the band through EMI in Japan, and remained in that position until the band eventually disbanded in 2010.

After the disbanding Ryo has been focusing on his solo career, but has also been writing songs for various other Japanese artists along the side. Many live shows followed, including overseas like various countries in Europe and Latin America.

In 2020 he decided it was time for a new project, and with the help of Syu (G.L.A.M.S, ex. BLACK LINE, ex. Dio ~Distraught Overlord~) he formed “The Betrayed”.
In Feburary of 2020 the band played a live show, and released an EP with “bootleg” songs from this show in June. Shortly after they released two more EP’s containing an in-studio acoustic set.
The very first EP, “Crying with One Eye” was released in November, followed by the second EP “Proud of your color” in April of 2021. 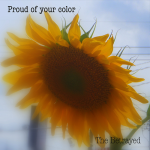 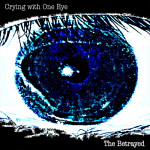 Ryo Fujimura and The Betrayed are both partner artists of Arlequin Magazine, which means we can take media requests on their behalf as well. If you’re interested in an interview or want to discuss booking options for your event, let us know and we’ll pass the message for you!
(Please do keep in mind that it might take some time for the artist to respond, we have no influence on their schedule!)

From October 7 to October 9 the Mehrzweckanlage Teuchelweiher in Winterthur (Switzerland) was transformed into a Japanese theme especially for Aki no Matsuri. With a…

Zeke Deux are still a relatively young group, but despite the young age of the project, the experience the members bring to the group is…

Alpha999 is the solo project from vocalist TAKA, and in the last few years we’ve already done an introduction-style interview, as well as an interview…

Nellfin have partnered with Arlequin Magazine for their release of their first EP “Untouched” on October 7, 2022! This means they’re currently open to interview…

In the ヴィジュアル系 (Visual Kei) world the name “ASAGI” probably immediately makes you think of the vocalist from the popular band “D”, and even now…

You might have noticed that Arlequin Magazine publishes in multiple languages.
While our main focus is on English and Dutch, we also publish in Spanish and Japanese occasionally.

At the bottom of each page you can see flags for every language the article or page is available in already.
But we’re always searching for people who’d like to help us translate to even more languages, even if it’s just one time.

From the very beginning our content has always been free for anyone to view and read, and we don’t want it any other way.

However, we do have to pay for our hosting services, which we have always done out of our own pocket.
We do however have a tip jar which is always open. If you like our work and want to give us a pat on the back, you can do so on Patreon and Ko-fi, but we always enjoy your messages too of course!